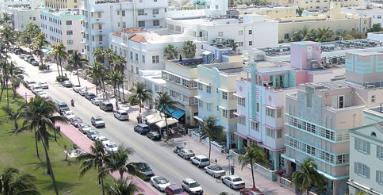 Be sure to sign up for a free account so that you can receive email alerts whenever a new MiMo Historic District home is listed in the Miami MLS.

The MiMo was recognized as a regional style of architecture just recently but it was a home style that was developed in South Florida during the post-war era. At first, it was considered a response to the International Style.

The Mimo architecture is greatly noticeable in most hotels, condos and resorts that were built right after the Great Depression.

MiMO Historic District is also known as MiMo on BiBo for Miami Modern on Biscayne Boulevard. Biscayne Boulevard was constructed as a result of a burgeoning economy of Miami. Its main purpose was to create an avenue that would connect Downtown Miami to the neighborhood of Miami Shores.

It was in 1927 when the boulevard was opened to automobile traffic. The boulevard, at this time, extended north to NE 55th Street where it will connect with US-1.

Construction of homes along the Biscayne Boulevard did not begin until the 1940s. The northeast area of the district is where most of the single family homes are. Due to many financial struggles during that time, many of the constructions in the area were abandoned. There are, however, several motor courts and motels built during the early years of the 1950s. This made the neighborhood the Motel Capital of Miami.

Today, the neighborhood is home to several historic buildings – both commercial and residential with MiMo architecture.

In 2014, the district received the distinction of being Curbed’s Neighborhood of the Year, beating out Coconut Grove.

Search all homes for sale in Upper Eastside, Miami