Homes for Sale in Upper Eastside 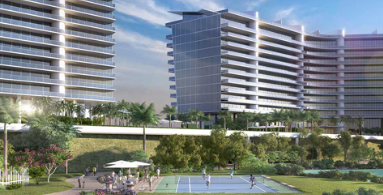 Search all Upper Eastside homes for sale below. Upper Eastside, often referred to as Northeast Miami, is a neighborhood in Miami located along the Biscayne Bay. Upper Eastside features some of the most luxurious single-family residences in Miami.

Be sure to sign up for a free account so that you can receive email alerts whenever a new Upper Eastside home is listed in the MLS.

Upper Eastside is an enclave that attracts a handful of home buyers because of unparalleled security and proximity to many of Miami’s hotspots. It is within 10 minutes from South Beach and Downtown Miami and about 20 minutes away from Hialeah, Coral Gables and Aventura.

Miami International Airport is a short 15-minute drive, while Bal Harbour and South Beach is only 20 minutes away by car.

Another subdivision inside the Upper Eastside neighborhood is the exclusive and gated community of Belle Meade, which has Bayside District on its southern side.

On its northern area is Belle Meade Island bounded by Biscayne Boulevard to the west, Little River to the north, Biscayne Bay to the east and northeast 66th Street to the south.

Morningside is among the historic and affluent sub-neighborhoods of Upper Eastside located to the east of Biscayne Boulevard, stretching from NE 50th Terrace to NE 62nd Street. Archbishop Edward McCarthy’s home on NE 53rd Street served as the residence of then Pope John Paul II during his visit to the United States. Morningside is among Miami’s best planned subdivisions with broad, tree-lined streets that add character to the neighborhood. During its development, the area attracted a number of wealth and prominent residents.

Another equally historic sub-neighborhood in Upper Eastside is Bayside Historic District bounded by NE 67th Street on its south, 72nd Terrace on its north, Biscayne Boulevard and Biscayne Bay on its west and east, respectively.

The sub-neighborhood was once part of Lemon City and has the earliest intact community with four subdivisions within it. The older buildings in the township follow Frame Vernacular bungalow styles, while those built during the 1920s have Mediterranean Revival style. The architectural designs of homes built from 1930s to 1940s were mostly Art Deco. But it is not unusual to see Florida Ranch, Masonry Vernacular and Mission Revival and Streamline Moderne.

Bay Point Estates is a gated subdivision within Upper Eastside that stretches from NE 41st Street to NE 50th Street along the Biscayne Blvd. It is next to the affluent neighborhood of Morningside.

The streets in the neighborhood are exclusively owned by the households that admission to the waterways and roads are subject for approval. Only the residents and their guests can gain access. Part of the subdivision’s maintenance of a 24-hour security, residents shoulder neighborhood dues.

Things to Do in Upper Eastside

Biscayne Boulevard is an avenue full of restaurants that serve the finest dishes. Some of the notable eats to visit include Blue Collar, Cena by Michy, NiDo Caffe Italian Restaurant, Jimmy’s Eastside Dinner, Mandolin Aegean Bistro, Mina’s Mediterraneo and Soyka.

The MiMo Historic District that runs along the Biscayne Blvd is home to a number of restaurants, shops and art galleries that Upper Eastside residents frequent.

Upper East Side’s nightlife does not disappoint. After dinner, head out to Take One Cocktail Lounge, Jambore Lounge or Wonderland Miami along Biscayne Blvd.

Residents of Upper Eastside spend most of their time in any of the parks within the community including: Military Trail Park, Baywood Park, Legion Park, Morningside Park and Pelican Harbour Park.