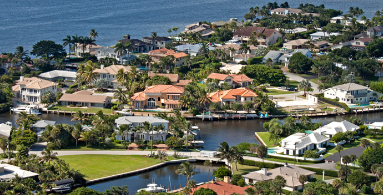 Homes for Sale in Ocean Ridge

Search all Ocean Ridge homes for sale below. One of the most sought after areas in Palm Beach County is the small town of Ocean Ridge. It is a quaint coastal community largely surrounded by water.

Be sure to sign up for a free account so that you can receive email alerts whenever a new home (that matches your criteria) is listed in the Ocean Ridge MLS.

Founded in 1931, Ocean Ridge used to be known as the Town of Boynton Beach as it was part of that said area before. Due to several tax disputes and debt load, homeowners decided to create their own community. In 1939, they adapted the name Ocean Ridge in order to separate them from the Boynton Beach neighborhood.

The low-density and low-key community is bounded by the waters of the Atlantic Ocean to the east and the Intracoastal Waterway to the west. It has the neighborhoods of Hypoluxo and Manalapan to the north and Briny Breezes and Gulf Stream to the south.

Since it covers a small area in Palm Beach, not many people know that a beautiful town like Ocean Ridge exists. But the community prefers it that way, making it an ideal community to settle in for those who are looking for a quiet and peaceful enclave near the ocean and the city.

The community has its own police department that maintains law and order. These police officers patrol the 26-mile paved roadways of the town 24 hours a day and 7 days a week. They are fully equipped with the latest technology to ensure the protection of Ocean Ridge residents. The department is made up of one Chief of Police, two Lieutenants, four Sergeants and ten full-time police officers. To augment them, there are also seven reserve police officers.

Ocean Ridge boasts of huge mansions and estates that line its main road. The neighborhood is also home to a number of condos with direct access and majestic views of the Atlantic waters.