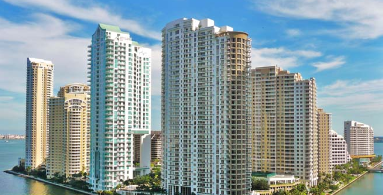 Homes for Sale in North Miami

Search all North Miami homes for sale below. North Miami is a suburban city of Miami-Dade County that is about 10 miles north of Miami. In terms of real estate, North Miami has a number of waterfront and inland single-family homes and condominium complexes.

Be sure to sign up for a free account so that you can receive email alerts whenever a new home (that matches your criteria) is listed in the North Miami MLS.

It is situated on the Biscayne Bay and serves as the home of Florida International University’s Biscayne Bay Campus and the Johnson & Wales University, making it an ideal residence for college students.

The college neighborhood of North Miami has a rich history. During its early years, US Army soldiers cut through a military trail at the mouth of the Miami River. This trail, spanning about 8 feet, served as the county’s first roadway that crossed a natural limestone bridge that used to be located at the Arch Creek Memorial Park. This area attracted a lot of people and was eventually known as the Arch Creek neighborhood.

In what used to be a remote area, Arch Creek was bought by a certain Mr. Ilhe. He developed the land by building a temporary palmetto frond shelter. After more than two decades, the area that enveloped the Arch Creek Railroad Depot served as the community’s center.

To date, the town’s boundaries include the Atlantic Ocean to the east, 17th Avenue to the west, Miami and Miami Beach on the south and Golden Glades Drive or 166th Street to the north.

North Miami is home to the Oleta River State Park, the largest urban park in South Florida. Historically, the park served as a camping site for Tequesta Indians and as a haven for the US Troops. Although the river no longer connects to the Everglades, the park remains to be a go-to place for canoeing.

Aside from water activities, locals can also explore the park’s wilderness bike trails. It is also a favorite venue for triathlons, kayaking and other extreme sports.

North Miami has a number of waterfront and inland single family homes, apartment buildings and condominium complexes. Potential homes buyers can choose their dream homes in the following: