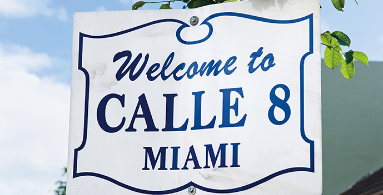 Homes for Sale in Little Havana

Search all Little Havana homes for sale below. ﻿Little Havana is a Miami neighborhood known for having a significant number of Cuban immigrants. The neighborhood is also recognized as one of Miami's top cultural hubs.

Be sure to sign up for a free account so that you can receive email alerts whenever a new Little Havana home is listed in the Miami MLS.

The community is regarded as Miami’s center for cultural, social and political activities. It celebrates a number of festivals including Calle Ocho Festival, Three Kings Parade and Viernes Culturales (Cultural Fridays).

For its rich historical bearing, the neighborhood was listed in the 11 Most Endangered Places and declared a National Treasure.

It has the neighborhoods of Allapattah and Wynwood to its northeast, Downtown to its east, Coral Way and Northeast Coconut Grove to its south and East Coral Gables and Flagler to its west.

Little Havana is all about Hispanic culture. It can be seen in the colorful murals and monuments of heroes of the past and present. It is not unusual to see old men enjoying a game or two of dominoes at the Domino Park. For a break in domino wars, some of the residents head out to the Art-Deco cultural heaven of Tower Theatre.

The main community attraction is the Calle Ocho, which is dotted with art galleries, Cuban restos, cigar shops and fruit stands. It is also where the Walkway of Stars is located. Every last Friday of each month, the community hosts Cultural Fridays or Viernes Culturales – a gallery exhibit night that highlights the talents of Little Havana.

Little Havana is home to many quaint single-family homes in gated communities such as: