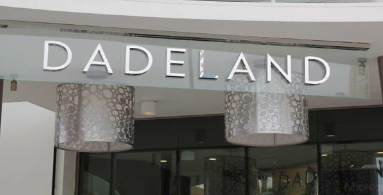 Homes for Sale in Dadeland

Search all Dadeland homes for sale below. ﻿Dadeland is a triangular urban area that first saw itself being developed in the 1960s after the Palmetto Expressway was completed. This is sometimes called the Edge City of Dadeland.

Be sure to sign up for a free account so that you can receive email alerts whenever a new Dadeland home is listed in the Miami MLS.

Dadeland is a metropolitan area located in the northeastern section of Kendall, and is just due north of the prominent enclave of Pinecrest.

Also considered a commercial district because of the presence of the sprawling Dadeland Mall here, this triangular community is now a densely populated part of Miami, but it wasn’t like this before the 1960s. The area saw a growth in population and development after the Palmetto Expressway was completed and even more so when the metrorail reached it in 1984.

The neighborhood is considered a middle-income one, with 43% of the residents here holding management or executive positions. 27% are in the service and sales industry, while 20% are in the technical support and clerical field.

Almost half of the population in this community is living alone, although an almost large amount of residents here are actually married.

There are many points of interest in and around Dadeland and these include the Dadeland Mall, Downtown Dadeland, and the treelined streets of Pinecrest nearby, to name a few. Dadeland Mall once had the distinction of being called the biggest mall in Miami.

There is no shortage of things to do and enjoy in Dadeland, since this is a metropolitan area located near the Snapper Creek Canal, Pinecrest, and Glenvar Heights. Aside from the many activities you can indulge in here, you will also find that Dadeland is a place where good cuisine reigns supreme, and residents here know where to find good food.

Dadeland is a neighborhood that consists mostly of multi-unit residences, with single family homes being found mostly at the outskirts and in neighboring enclaves. Here is a list of the residential choices you have in and around this community: