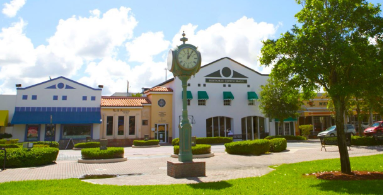 Homes for Sale in Homestead

Search all Homestead homes for sale below. Homestead is a suburban city located 40 miles south of Miami. The area features a collection of beautiful single-family homes and well-maintained condominium and townhouse complexes.

Be sure to sign up for a free account so that you can receive email alerts whenever a new home (that matches your criteria) is listed in the Homestead MLS.

The city of Homestead is the second oldest city in the Miami-Dade County. It received its incorporation in 1913.

Homestead got its name during the time when the Florida East Coast Railway Key West extension was being constructed. The area became an area for homesteading and was aptly called Homestead Country and eventually shortened to Homestead as engineers mapped the location.

Since 1913, the South Dade News Leader has been the community’s own newspaper that publishes news every Friday. Homestead also has “Inside Homestead TV” that gives updates about events in the neighborhood.

The community also has a police force, Homestead Police Department at 4 South Krome.

The residents commute via the Miami-Dade Transit that operates Metrobus stations that brings residents to Florida City and nearby neighborhoods. The city also has two local circulators – the Homestead Trolley lines that run daily to bring residents to main residential and commercial areas for free.

Homestead is the home of the Homestead-Miami Speedway, a motor race track that serves as the venue for the NASCAR Sprint Cup annual finale and two minor NASCAR championships.