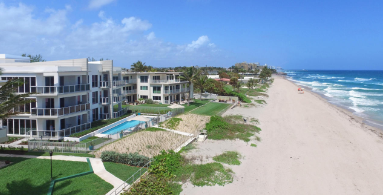 Condos for Sale in Hillsboro Beach

Search all Hillsboro Beach condos for sale below. The Town of Hillsboro Beach is located within Broward County. The affluent community is among Florida’s most sought after neighborhood for its tranquility and a strong sense of community.

Be sure to sign up for a free account so that you can receive email alerts whenever a new home (that matches your criteria) is listed in the Hillsboro Beach MLS.

The Town of Hillsboro got its name from its former owner, Earl of Hillsborough, who was given land grants by the King of England when Florida was still under the English rule.

Its sole main road, Hillsboro Mile, is the 3.2 mile strip along the A1A Road is often referred to as the “Millionaire’s Mile” for its enormous mansions and expansive villas.

Incorporated as a town in 1939, Hillsboro Beach is often referred by locals as Florida’s Magnificent Mile.

Hillsboro Beach boasts of huge mansions and estates that line its main road. The neighborhood is also home to a number of apartment complexes with direct access and majestic views of the Atlantic waters.
Condos/Apartment Complexes