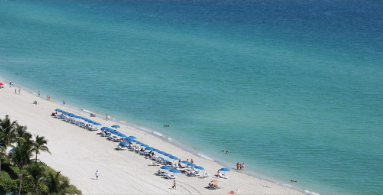 Homes for Sale in Hallandale Beach

Search all Hallandale Beach homes for sale below. The city of Hallandale Beach is centrally located and offers easy access to many South Florida neighborhoods. To the north of the city is Hollywood; while to its south is the adventurous and affluent neighborhood of Aventura.

Be sure to sign up for a free account so that you can receive email alerts whenever a new home (that matches your criteria) is listed in the Hallandale Beach MLS.

Hallandale Beach is a city within the confines of the Broward County. It occupies the southeast portion of the county, adjacent to the beautiful neighborhood of Aventura in the Miami-Dade County, giving residents a great access to the best of what the two counties has to offer.

The city takes its name from the one of Henry Flagler’s workers, Luther Halland whom Flagler instructed to found a settlement south of Dania. Halland started the community, constructed a trading post and served as its first postmaster.

Mainly a farming community, Hallandale Beach attracted families, mostly of Swedish descent, to move into the settlement. The beach was yet to be commercialized and served only as a recreational avenue for the residents.

Hallandale Beach is more than just the casino and the beach, it also boasts of a financial district that houses a number of brokerage houses and banks.

To date, the city is among Florida’s fastest rising communities.

It is bounded by the Pembroke Road to the north, Ocean Drive to the east, SW 11th Street to the south and I-95 Expressway to the west.

Hallandale Beach is a beachfront community and locals have lots of water activities to choose from. They can spend their lazy afternoons at the oceanfront park of South City Beach Park. If they prefer to be on a more laidback greenery, they can head out to Three Islands Park, Peter Bluesten Park or Ingalls Park instead.

The community is also home to the Diplomat Golf and Tennis Club where they can hone their swings be it for golf or tennis.

For some high stakes fun, Hallandale Beach is home to the enormous Gulfstream Park Racing and Casino and the Mardi Gras Casino.

Hallandale Beach is a beautiful oceanfront community home to many single family estates and condominium buildings that have million-dollar views of the Atlantic Ocean and the golf course. Home buyers can choose from the following neighborhoods and towers: