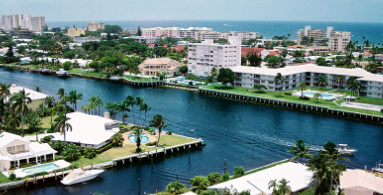 Homes for Sale in Deerfield Beach

Search all Deerfield Beach homes for sale below. Deerfield Beach is a Broward County city located south of the Palm Beach County line. The city took its name from the huge number of deer that used to roam in its lands.

Be sure to sign up for a free account so that you can receive email alerts whenever a new home (that matches your criteria) is listed in the Deerfield Beach MLS.

The area where the city sits used to be Hillsborough, a small settlement area along the banks of the Hillsboro River.

By 1898, the area had a population of 20 and had its own post office. It was then renamed as a town of Deerfield due to the huge number of deer living in the area. As the number of residents grew as a result of the construction of the Florida East Coast Railroad, Deerfield Beach became home to many farmers who cultivated green beans, tomatoes, pineapples and squash. There were also fishermen who fished at the Intracoastal Waterway.

The residents are served by both the Amtrak and Tri-Rail at Deerfield Beach Station. The Broward County Transit also has routes in the city.

Deerfield Beach is bounded by the neighbrohoods of Boca Raton to its north, Hillsboro Beach to its east, Pompano Beach to its south and Coral Springs to its west.

Other places worth visiting are the Highland Woods RV Resort and Breezy Hill RV Resort.