Condos for Sale in St. Louis 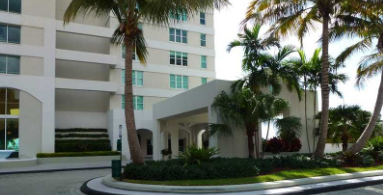 Search all St. Louis homes for sale below. ﻿Located at Brickell Key, also known as Claughton Island, St. Louis condo is a residential high rise designed by J. Scott Architecture that offers a wide variety of floor plans ranging from 1, 2, and 3-bedroom units with bayfront views. The 31-floor building has residences sizes ranging from 960 square feet to 1,960 square feet.

Be sure to sign up for a free account so that you can receive email alerts whenever a new St. Louis condo is listed in the Miami MLS.

Due to its exemplary location, residents have the liberty to live a relaxing and luxurious life as they take leisurely walks along the island paths near the building while gazing at the amazing sunset.

Aside from its scenic views are remarkable amenities including an accessible market place and restaurants where homeowners can feast on sumptuous meals with friends and family.

For an added luxury, residents can also visit the prestigious Mandarin Oriental Hotel for their exclusive restaurant and spa services.

Owning a home in St. Louis, which occupies the southern edge of Brickell Key is synonymous to living in your own private island with amazing views of the bay, city and the nearby Brickell Key Park.

The good thing about St. Louis is that it also offers a shuttle bus service that navigates between the Brickell Key and Brickell Metromover station, with stops at SW 2nd Avenue, Brickell Avenue, Coral Way, SW 8th and 10th Streets and Brickell Bay Drive.

St. Louis is also a pet-friendly building that allows its owners to own one dog, one cat or two cats less than 25 lbs per residence.

A man-made island, Brickell Key is a resort-like community with a slew of amenities that residents can enjoy. Regarded as one of the best island communities in Miami, Brickell Key is an ideal place to live for families and young professionals.

Aside from the private amenities that St. Louis offers, residents can also enjoy a number of local amenities in the neighborhood like the Brickell Key Park. The park has a promenade that encircles the island itself and because of its scenic view, it is a favorite place for avid runners and joggers. Many of the locals also walk their dogs here.

The neighborhoods of Brickell and Downtown are only a few minutes away from the island. By crossing the Brickell Key Drive, residents can have access to hundreds of restaurants, bars, shopping centers and entertainment venues in Brickell including The Shops at Mary Brickell Village.

Search all condos for sale in Brickell Key