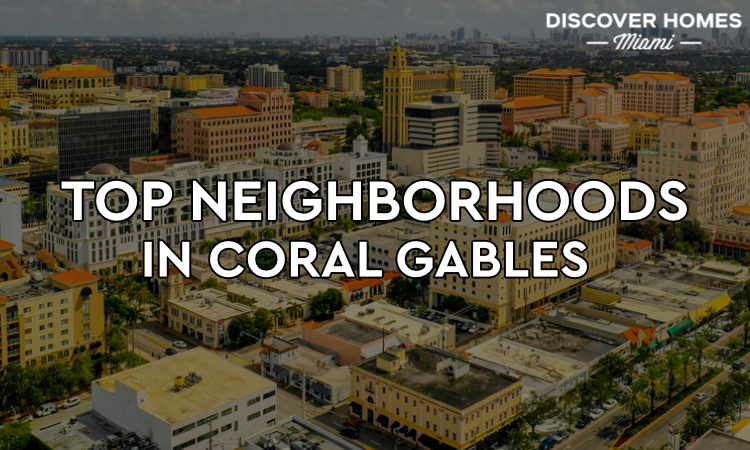 When people are asked about neighborhoods that are considered the priciest in Miami, one of the names that usually make it to the top of the list is Coral Gables. This is considered one of the more expensive communities in the county and with good reason.

The homes here are usually mansion-like in size and come with amenities that can rival that of any 5-star hotel or resort in the area. Here are 8 of the most expensive enclaves in the Coral Gables neighborhood:

This gated community is located to the south of southwest Coconut Grove and southeast of the city center of Coral Gables. This is a waterfront community that has around 80 homes, most of which have direct access to the water due to the many canals that can be found here. This exclusive enclave has residences that can be easily considered large, with floor areas that range in size between 3,000 square feet and 13,000 square feet.

The homes here range in price between $2 million and $10 million, with average prices at $4 million. Non-waterfront homes are usually cheaper, with the average price being a little over $1 million for such residences, while waterfront homes go for much higher due to the direct access to the water.

Another gated community, Gables Estates is located due east of Dadeland Mall and is also a waterfront community that has numerous canals that give homes direct access to the water. This community has a guarded gated entrance and is considered one of the most exclusive enclaves in Miami. Homes here are rather sizable, with a minimum of 5 bedrooms and 3,000 square feet of space for the smaller residences here.

Homes that are being sold here usually have listing prices between $2 million and $17 million. There are 170 homes in this community and most of these are considered waterfront homes since these are connected to the water via the canals that are in this enclave.

This community is just above Gables Estates and is another gated enclave that offers residents a number of amenities that you cannot easily get from others in the area. This subdivision has a club house, 24-hour security, a fitness center, and tennis courts. For homes that are nowhere near the water but want to have access because of boat ownership, there is a marina and a yacht club here as well.

Homes here are by no means small or low costing either, but for its value, these are considered reasonable due to what you get from the community itself. Residences in this enclave cost around $1.6 million to $9 million, with floor areas that measure between 2,800 and 11,500 square feet.

Browse all Cocoplum homes for sale

4. Gables by the Sea

Coral Gables seems to be the place for people who are looking for gated communities that are located near the water, and another choice that you can opt for when this is the kind of home you want is Gables by the Sea. This community is located just southeast of Pinecrest and north of Deering Bay. There are about 300 homes in this neighborhood and these are usually homes that come with luxury features that include marble floors, boat docks, guest houses, and expansive landscaped grounds.

Homes here have floor areas that measure between 2,000 and 8,700 square feet, however, costs are not as high as other communities in the area. You can actually buy a home here for less than $1 million, with the priciest ones costing somewhere upwards of $6 million.

Browse all Gables by the Sea homes for sale

Located just below Gables Estates is the gated community of Old Cutler Bay. Much like the other neighborhoods nearby, this enclave also features waterfront homes and massive residences that have their own resort-like amenities. Homes here have floor areas that measure between 2,700 and 10,000 square feet, with property sizes between 15,000 and 45,000 square feet.

The cost of most of the homes here is pegged at $2.1 million up to $8 million, with some properties being listed as high as $10 million. There are 136 homes in this subdivision and most, if not all, have direct access to the water.

This community located southwest of Old Cutler Bay and northeast of Gables by the Sea is another gated enclave that is considered one of the more exclusive neighborhoods in Miami. This community has a number of homes that can be called waterfront homes due to the fact that these are built on the shores of a lake, and some homes have direct access to the bay via the single canal that runs through one part of the neighborhood.

This community has around 107 homes within its borders and these homes range in size from 3,000 up to 7,000 square feet in floor area. Residences in this neighborhood are not as costly as the others in the area, and this may be because of the fact that it is not as close to the bay or has full direct access to the water. Homes here cost somewhere between $1.3 million and $3.4 million.

To the west of Old Cutler Bay and Gables Estates is the gated community of Hammock Lakes. This enclave is called such because of the two lakes, namely Hammock Lake 1 and Hammock Lake 2, that is found in its borders. There are 160 homes in this neighborhood, and most of these come with landscaped surroundings, lavish interiors, and majestic views of the two lakes.

Residences here have property areas that measure between 30,000 and 77,000 square feet, with homes that range in size between 3,000 and 12,000 square feet. The homes here are not as expensive as others in the area as well, with the lowest costing home being priced at $1.9 million and the most expensive one at a little over $9 million.

Located at the southernmost part of the Coral Gables neighborhood is the Deering Bay community. If you are looking for a home that is near the water and has its own golf course, then you have found just what you need. This community has a wide selection of home options for those who want to live in such a neighborhood, and this includes condominiums, apartments, mansion-like abodes, and villas.

The neighborhood also comes with a tennis court, three marinas, and 24-hour security. Homes here cost between $500,000 and $5 million, which shows you the range of homes that you can choose from. 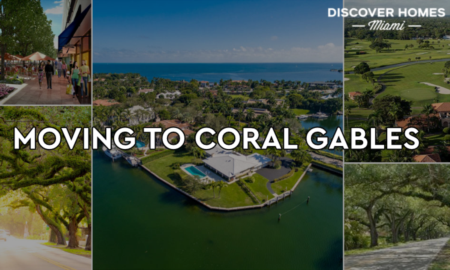 When a single person moves, the choices for relocation are quite numerous and the prerequisites are basically what that individual wants. When an ...Read More