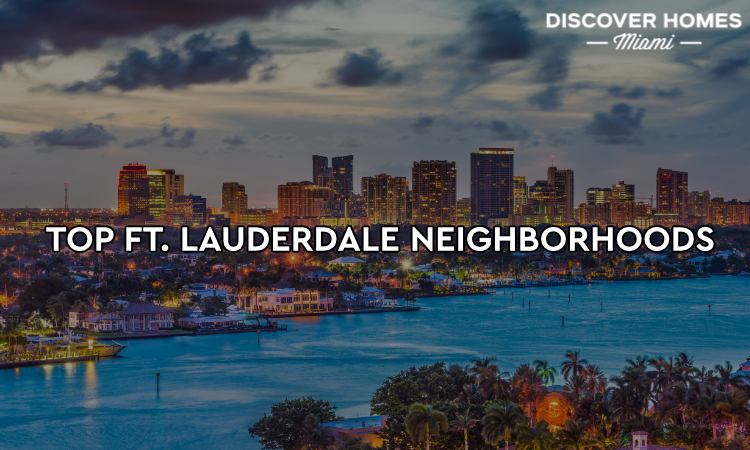 When moving to a new place, the first thing you usually ask is which neighborhoods are the best to live in. No matter which county or city you move to, asking about the neighborhoods and finding out what these have to offer will help you to ultimately decide where to live. Fort Lauderdale is no different in this aspect.

If you are moving to Fort Lauderdale, you will want to know which communities are the best for you in terms of walkability, livability, and other criteria you may have set for yourself and your family. To help you out, here are 13 of the best neighborhoods in Fort Lauderdale that you might want to consider moving to.

Considered one of the bigger neighborhoods in Fort Lauderdale, Coral Ridge has a few things people look for in a neighborhood. Aside from being considered extremely livable, due to the fact that there is a low crime rate in the area and high median household income, it also has lots of amenities for residents to enjoy. These include two shopping malls, a country club, and a few parks.

The downside to Coral Ridge would be the high cost of living in the area, which is 52% higher than the rest of the city, and the higher cost of housing as well.

Another neighborhood with a high livability score is Colee Hammock, which is generally considered part of Downtown Fort Lauderdale. East Las Olas Boulevard is found in this neighborhood and is where people go when they are looking for gourmet restaurants, art galleries, museums, and the like. It is also a neighborhood with loads of amenities nearby, has a low crime rate, and high median household income.

Just like Coral Ridge, the downside is the high cost of living here, and this is somewhat understandable since it is the city center of Fort Lauderdale.

Probably the best neighborhood for people to consider living in when it comes to Fort Lauderdale is Laudergate Isles. This community runs alongside Coral Ridge, which means residents can also enjoy the many amenities that Coral Ridge residents enjoy here, but with a slight advantage. The homes in this neighborhood are not as expensive as those in its eastern neighbor.

Just like its Miami namesake, Bal Harbour in Fort Lauderdale is also one of the most sought after neighborhoods for people to live in. It has a low crime rate, has numerous amenities nearby for people to enjoy, and has a very high median household income. Median home value is high here as well, which is probably why the cost of living is high as well if you count home rental and purchase costs.

It is not as expensive as Coral Ridge or Colee Hammock, however, which is probably why people who find the aforementioned neighborhoods too rich for their budgets choose to live in Bal Harbour instead.

It is considered an exceptionally livable neighborhood and is located right above Colee Hammock. It is the perfect choice for those who want to be near enough to the city center to easily get to it, but far enough away to still have loads of peace and quiet. It has a low crime rate, high median household income, lots of amenities, and is just a short drive away from the exciting Las Olas Boulevard.

As with other top neighborhoods in Fort Lauderdale, Victoria Park is also considered one of the more expensive to live in, and the cost of living here is 22% higher than the rest of the city.

If you are looking for a good neighborhood by the beach, Galt Mile is one of the choices you can consider. It is similar to Mid Beach in Miami Beach due to the fact that it has two bodies of water running alongside it, the Intracoastal Waterway to the west and the Atlantic Ocean to the east. It has a low crime rate, lots of conveniences nearby, and a high median household income as well.

The cost of living here is 17% higher than the rest of Fort Lauderdale but is somewhat negligible by those who choose to live here since they do have the ocean right in front of them.

Also making it to the list of most desirable communities to live in when it comes to Fort Lauderdale is Rio Vista, which is located just south of Downtown Fort Lauderdale. It is similar to Victoria Park in the sense that it is near enough to the places people flock to for fun, but somewhat detached because it is across the river. It has a low crime rate, a high median household income, high median home value, and the high cost of living.

Considered a rather affluent neighborhood, the community has a little over 1,000 homes within its borders. The name of the community when translated to English is River View.

Located between Downtown and the Barrier Island of Fort Lauderdale, this neighborhood is also considered a desirable one to live in. Just west of Colee Hammock, this community benefits from the many canals that run through it, giving residents easy and direct access to the water. It has low crime, lots of amenities in and around it, high median household income, and high median home value.

Most residents of this community love living here because of the many things they can do, having easy access to the water and being so close to Downtown Fort Lauderdale as well as the beach.

This neighborhood benefits from the fact that it sits right beside a massive state park, which is the Hugh Taylor Birch State Park, and right beside the beach too. This is the perfect neighborhood for nature lovers since you get the Atlantic Ocean on one side and the splendor of the state park on the other side. It also has a low crime rate, high median household income, and the median value of housing here is not as high as you might expect from a premium location.

The cost of living in this neighborhood is 20% higher than the rest of the city, but residents do not mind because of what they get with the closeness of the ocean, the park, and the Intracoastal waterway to the community.

Located just west of Stranahan River and across from the Harbor Beach community, this neighborhood also makes it on the list of most desirable communities to live in when in Fort Lauderdale. This community also benefits from the fact that canals intersperse between the strips of land here, giving residents direct access to the water and the chance to park their boats in their own backyards. This is a rather small community, but it is one of the more expensive neighborhoods in town, with a cost of living that is 25% higher than the rest of the city.

It has, however, numerous conveniences that help make life enjoyable as well as a low crime rate, which is what most people look for when it comes to a community they want to live in.

For people who love being near the beach and being near lots of conveniences, but without it costing an arm and a leg, Central Beach in Fort Lauderdale is a perfect choice. It has the Atlantic Ocean in front, the Intracoastal Waterway in the back, and a long stretch of pristine sandy beaches. It is also near Las Olas Boulevard, Coral Ridge, and everything these areas have to offer.

Another highly livable but not so expensive community to live in is Imperial Point. This neighborhood is in the northern part of Fort Lauderdale and is near the Pompano Beach area of Florida. It is one of the suburban communities of the city and has more single-family homes than it does multi-unit residential buildings.

Not as affluent as the rest of the communities in this list, the Bay Colony neighborhood is probably one of the best places to live in if you are looking for reasonably priced homes in a low crime area that has loads of conveniences nearby. In short, this community is the best choice for middle-income families and individuals who want to live near the water and near all the amenities people need for a comfortable life, but without shelling out too much to do so.

The cost of living index in this community is pegged at 2% higher than the rest of Fort Lauderdale, but home costs are lower than most areas near the water. 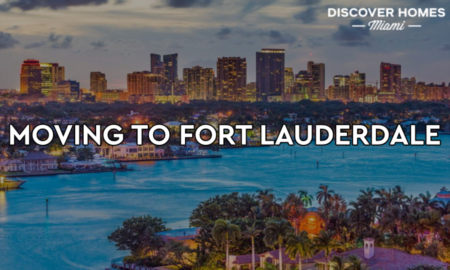 9 Reasons Why People Are Moving to Fort Lauderdale

There are many reasons why people move to wherever they are moving to, and these often include family, work, environment, and costs. When it comes ...Read More 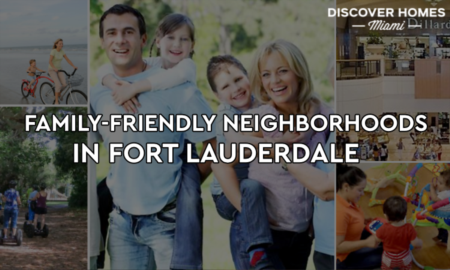 If you are thinking of relocating your family to Fort Lauderdale, you are making a very good choice since many people consider this part of South ...Read More